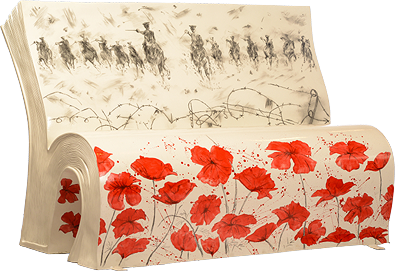 War Horse is the children’s novel by Michael Morpurgo. The story recounts the experiences of Joey, a horse purchased by the Army for service in France during World War I and the attempts of young Albert, his previous owner, to bring him safely home. It formed the basis of both an award-winning play (2007) and an acclaimed film (2011).


2014 marks the 100th anniversary of World War I and we are proud to include the War Horse BookBench in the centennial commemorations.