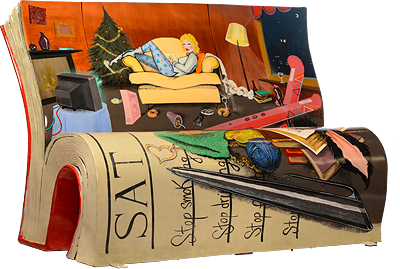 When Helen Fielding first wrote Bridget Jones's Diary, charting the life of a 30-something singleton in London in the 1990s, she introduced readers to one of the most beloved characters in modern literature. The book was published in 40 countries, sold more than 15 million copies worldwide, and spawned a best-selling sequel, Bridget Jones: The Edge of Reason. Both books were turned into major blockbuster films starring Renée Zellweger, Hugh Grant and Colin Firth. The third novel, Mad About The Boy, published last year, reunited fans with an older if not wiser Bridget Jones. We hope you enjoy this Bridget-inspired BookBench.


You could own this bench

This BookBench is on the City Trail