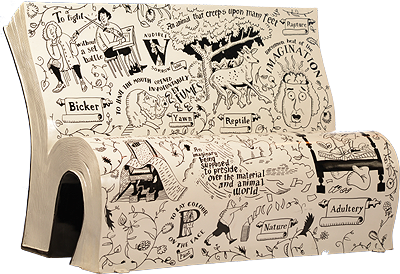 Johnson took nearly nine years to complete the work single-handedly, with only clerical assistance to copy out the illustrative quotations that he had marked in books. Johnson produced several revised editions during his life. Until the completion of the Oxford English Dictionary 173 years later, Johnson's was viewed as the pre-eminent English dictionary, so it very rightfully takes a place in our trail of BookBenches.

This BookBench is on the Greenwich Trail